Popular
Lenovo Legion Y740 Review
How Does a Telecommunication System Work?
Six Ways to Boost your E-Commerce Sales Using...
How Can One Use Laptop as a Monitor?
What is Special about 310 Detox Tea and...
Discovering the potential in TruVision Health Supplements
Why is Vitamin D in My Diet Shakes?
The best espresso machine, grinder and accessories for...
New Horizons probe captures images at record distance...
The Morning After: Cryptocurrency’s security problem
Home Reviews Exiled Cambodian opposition leader sues Facebook in California over allegations of collusion with Cambodia's dictator
Reviews 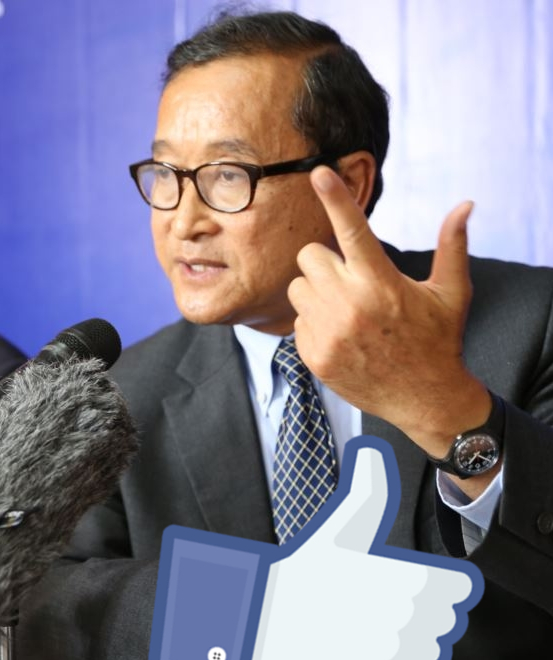 Cambodian dictator Hun Sen has ruled since 1998, and when an opposition leader used Facebook to challenge his election in 2013, Hun Sen teamed up with a fake news outlet called Fresh News to deploy a Facebook-based strategy to consolidate his control and neutralize democratic opposition.


Hun Sen and his attack-dog media outlets became experts in Facebook’s rules and enjoyed back-channel direct access to Facebook’s terms-of-service enforcers, so they were able to force Facebook to terminate the accounts of anonymous opposition figures (for not using their “real names”), goad others into crossing Facebook’s lines on civility and get their accounts terminated, and round up anyone who used their real names for arrest, torture, and disappearance.


At the same time, clickfarms in the Philippines and India started mass-liking Hun Sen’s own posts — just as Facebook was using Cambodia as a trial-site for the downranking of media outlets in personal newsfeeds, in favor of posts by individual accounts. This killed what was left of the Cambodian opposition press, while Hun Sen’s cyber-militia were able to spread his clickfarm-upranked messages to the whole country.


Opposition leader Sam Rainsy was forced into exile after he publicly accused Hun Sen of being behind the clickfarm upvotes on his posts. Now, Rainsy is suing Facebook in a California court, alleging that the company was complicit in Hun Sen’s manipulation of the national discourse in order to maintain his grip on power.


Rainsy alleges that Hun had used “click farms” to artificially boost his popularity, effectively buying “likes.” The petition says that Hun had achieved astonishing Facebook fame in a very short time, raising questions about whether this popularity was legitimate. For instance, the petition says, Hun Sen’s page is “liked” by 9.4 million people “even though only 4.8 million Cambodians use Facebook,” and that millions of these “likes” come from India, the Philippines, Brazil, and Myanmar, countries that don’t speak Khmer, the sole language the page is written in, and that are known for “click farms.”


According to leaked correspondence that the petition refers to, the Cambodian government’s payments to Facebook totaled $15,000 a day “in generating fake ‘likes’ and advertising on the network to help dissiminate[sic] the regime’s propaganda and drown-out any competing voices.”

A leaked set of disclosures made by Equifax to the US Senate have revealed that the breach of 145.5 million Americans’ sensitive financial data was even worse than suspected to date: in addition to data like full legal names, dates of birth, Social Security Numbers, and home addresses, it appears that Equifax also breached drivers’ […]

Stefan Lawrence is a much-loved designer whose work graces such Maximum Fun podcasts as Judge John Hodgman and Bullseye, noticed that the “fast-fashion” brand Topman (a division of the notorious slavers Topshop) had ripped off one of his designs and used it without license or credit in a bunch of its products.

Consumer Reports dragged a bunch of its top-rated smart TVs back into its labs to re-evaluate them, this time checking them for hard-to-evaluate information security risks and defects, which are not normally factored into its ratings.

Search Engine Optimization, or SEO, has flourished into a hot topic amongst marketers and web developers aiming to promote their brands on the web. And, as more companies take their content online, competition to be on that first page of a Google search is growing.There are ways to improve your standing, such as using popular keywords, but […]

Cryptocurrency-mining malware spotted on more than 4200 sites including UK, US, and Australian government sites

Last chance to get Civ VI for half...

Why Magnetic Eyelashes Extensions Are the Best

Trump will not declassify Democratic memo for release

The original cover art for The Amazing Spider-Man...

Tips On How To Select The Best Soundbar